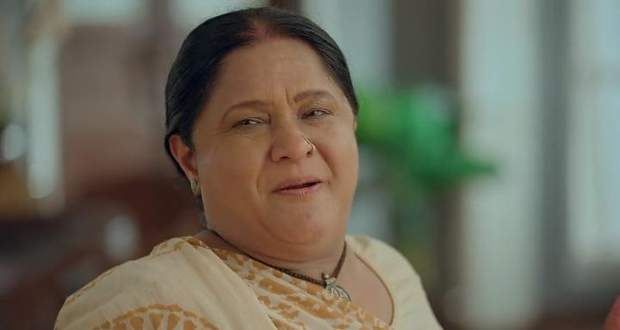 Today's Imli 26 August 2021 episode starts with Imlie telling the family members that it was Malini's idea and mocks her.

Aditya tells Imlie that she looks beautiful while Malini gets furious.

Later, Dulari asks Imlie about the jewelry while Rupali reveals that the post-marriage rituals of Imlie have not been done.

Dulari says that she will complete all the post-marriage rituals while the elder family members leave saying that they won't attend.

Later, Imlie is trying to change the light bulb while Aditya comes there and helps her as they share a romantic moment.

Nishant, Rupali, and Sundar agree to make all the arrangements while Malini steals the traditional ring and gives it to Dulari to manipulate her.

Meanwhile, Imlie talks to Mithi who informs her to be cautious of Dulari as she still doesn't believe her.

Elsewhere, Sundar overhears Dulari and Malini's conversation and informs Imlie of it.

Malini goes to Aparna and Radha and convinces them to come to the function as she thinks that Dulari is greedy and might steal their jewelry.