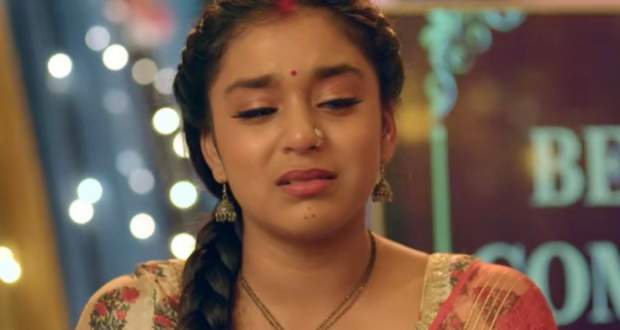 Today's Imli 26 July 2021 episode starts with Imlie getting hurt looking at Aparna as she suffers a lot due to the punishment of giving the wrong answer.

Aparna's eyes turn red and tears start rolling down her eyes due to the pain of eating chillies.

Imlie tells the judges that she is quitting the competition as she can't see her mother in law in pain.

Further, Imlie's opponent wins the game. On the other hand, Imlie serves Aparna and her neighbour water as their tongue gets hotter due to eating chillies.

Looking at Imlie's sweet gesture and presence of mind her neighbour apologizes to Imlie and Aparna for being rude with them for the last few days.

In the twist of events, the judges declare Imlie as the winner of the Best Bahu competition.

Later, Anu provokes Malini against Imlie by telling her that girls like Imlie use their poor status to create emotional drama and win others hearts.