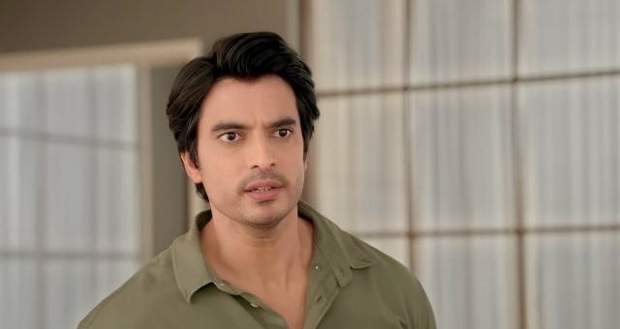 Today's Imli 26 March 2021 episode starts with Satyakaam telling Imlie that she is always special to him and she should never put her self-respect down or else the world would ruin her life.

Mithi tells Dev that she has spent all these years waiting for him to come and Imlie became matured at a very young age in her life and she doesn't want Imlie to live a life that she did.

Aditya imagines himself after nineteen years in the same situation as Dev is right now. He thanks God for showing him the right path as he promises himself that he won't make the mistake that Dev did.

Aditya decides that he would never leave Imlie alone and take her back with himself.

Mithi asks Dev about his family he replies that he has a wife and a daughter. He recalls the memories when Imlie first came to their home and shares it with Mithi.

Dev tells Mithi that he has come to take Imlie back with himself and apologize to her.

Mithi says that she will never let that happen and asks him to leave Pakhdandiya as soon as possible.

Meanwhile, Imlie keeps on asking Aditya about Mithi. Aditya denies telling that Mithi is with Dev. He hides that Dev is her father as he knows Imlie will be heartbroken.

Aditya starts convincing Imlie to go back with him to Delhi.

Imlie questions Aditya by what relation shall she go back with him or just stay as a maid her entire life with him.

Upcoming Imli (tomorrow) episode update: Aditya convinces Imlie to take her back with him to Delhi.