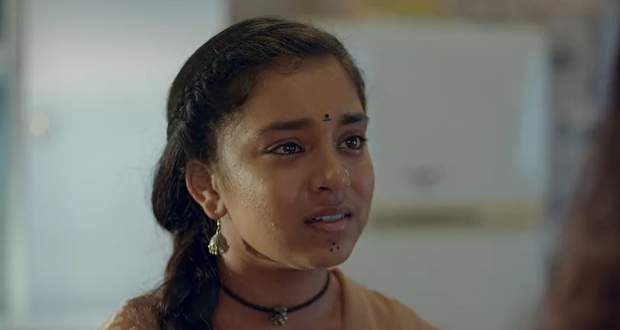 Today's Imli 26 May 2021 episode starts with Aditya talking to Malini on call while Aparna overhears them and tells the family about it saying that he might bring Malini back.

They praise Malini while Imli overhears them and thinks that Aditya is doing pity on her.

Meanwhile, Malini informs her family that she is going to Manali for a few days.

Imlie stops Aditya and tells him that he should bring her back home while he reveals that he is going to the lawyer's office to file for divorce.

Imli tells him that he promised to not take any further step but he reveals that it was Malini's decision.

Later, at the lawyer's office, Malini tells Aditya that she is going to Manali for a few days with Kunal while the lawyer thinks that they divorcing because of someone else in Malini's life.

Aditya returns home and tells the family that Malini has gone out of station for a few days and goes to the garden terrace where he tries to convince Imli to accept their marriage.

He thinks to accept Imlie's request and wait until Malini and Kunal get settled.

Imlie goes to the bus stop to see if Malini is with someone while Malini sees her and hides.

She manages to get inside the Pagdadiya bus and the bus starts leaving while Imlie notices it and runs after the bus.

Upcoming Imli episode update: Aparna scolds Imlie and decides to give her salary for her work.

© Copyright tellybest.com, 2020, 2021. All Rights Reserved. Unauthorized use and/or duplication of any material from tellybest.com without written permission is strictly prohibited.
Cached Saved on: Saturday 1st of October 2022 09:07:34 PMCached Disp on: Friday 7th of October 2022 02:33:06 PM