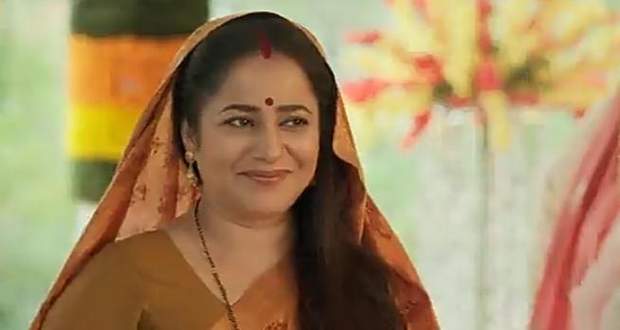 Today's Imli 26 November 2021 episode starts with the hostel warden scolding Imlie saying that she is poor but roaming with a rich man in a car.

Imlie tries to explain that it is her boss but the warden does not listen to her and kicks her out of the hostel.

Meanwhile, Rishant and his sister are planning a surprise for Imlie for her success.

Imilie is homeless now and she motivates herself by singing a song but she falls down.

Her mother calls asking if everything is okay and Imlie answers that she is ok and she is not alone.

Later, Rishant calls Aditya about the party that he and his sister are planning but Aditya says he has a lot of work in the office.

So, Rishant cancels his party because of Aditya’s unavailability.

Aditya’s boss, Aryan says Imlie’s article gets published in the magazine while Aditya’s is not.

Aditya gets hurt by his words.

Meanwhile, Aryan sees a puppy hiding behind his car. He also notices Imlie but stays silent and leaves the place.

Imlie climbs the back wall and gets into the office. She hides herself so that no one will see her but Aditya sees Imlie.

Upcoming Imli episode update: Aryan finds Imlie in the office and tells her that it is an office and not her home.

© Copyright tellybest.com, 2020, 2021. All Rights Reserved. Unauthorized use and/or duplication of any material from tellybest.com without written permission is strictly prohibited.
Cached Saved on: Saturday 30th of July 2022 11:24:42 PMCached Disp on: Wednesday 17th of August 2022 04:21:15 PM