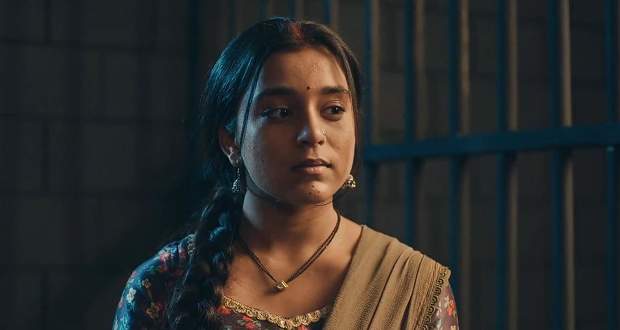 Today's Imli 26 October 2021 episode starts with Imlie telling the girls to execute their part of the drama to get Pendrive back from Pranav.

Further, as Pranav bends towards the last girl to take her blessings, Pendrive slips off his pocket.

He gets a call from MLA and rushes to pick it up.

MLA says that he is waiting for him outside the Tripathi house.

Later, Rupali takes it and soon a quarrel begins between Rupali, Pranav, and Imlie.

Imlie tells the truth to Rupali that Pranav is here to snatch Pendrive and not for her.

Rupali apologies to Imlie for not believing in her.

In anger, Pranav tries to slap Rupali but Imlie strongly answers back Pranav by her self defence skills.

At the same time, the cops arrest Pranav and release Aditya.

Everyone gets happy and celebrate the Durga Puja festival.

On the other hand, Aparna expresses her grievances to Pankaj.

He suggests she forget the past and start a new beginning with Imlie.

Aparna tells Pankaj that she wants to do something special for Imlie.