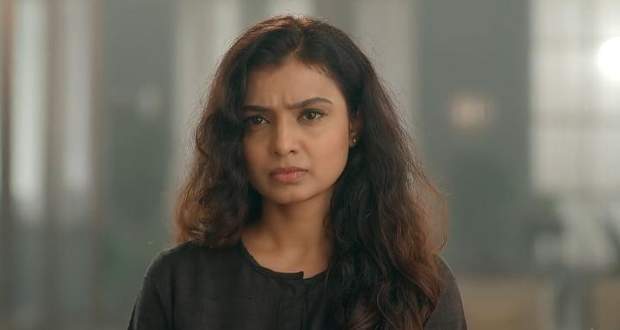 Today's Imli 27 August 2021 episode starts with Imlie asking Dulari about the ring that she has stolen.

Imlie explains to Dulari how important is it for her to win the hearts of the family members.

She is trying so hard and if she will raise problems for her it will be difficult for her to sustain with Tripathi's.

Later, Dulari has a change in her heart and she plans a ploy against Malini.

Further, during the ring competition ceremony, Nishant doesn't find the ring. Anu tells Aparna to cross-check it with Imlie's family as they are poor people and would do anything for money.

To everyone surprise, the ring gets found tied to Malini's sari. In the twist of events, Malini gives a smart reply to defend herself in front of the family.

Aditya gets upset with Malini as he tells her it's his and Imlie's first ritual after the marriage so he wants to celebrate it traditionally.

Further, Dulari gets happy by turning down Malini in front of all.

© Copyright tellybest.com, 2020, 2021. All Rights Reserved. Unauthorized use and/or duplication of any material from tellybest.com without written permission is strictly prohibited.
Cached Saved on: Monday 17th of January 2022 09:50:22 AM