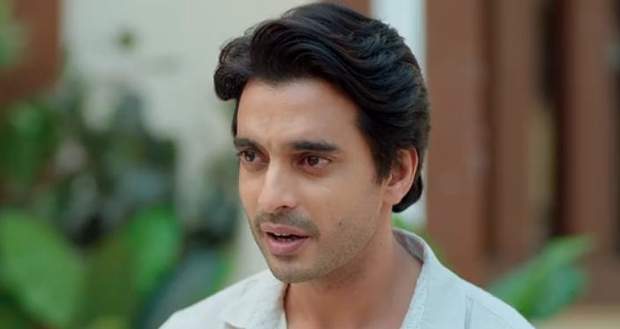 Today's Imli 27 February 2021 episode starts with Malini telling Imlie to not try to be a hero from next time while Nidhi tells Imlie how Aditya saved her like a hero.

Anu is packing Malini's bags saying that the Tripathi's care for their servant than for Malini while Dev tries to stop her.

Anu taunts Dev by reminding him how his mom bought the gold chain for Imlie while Malini comes there and tells Anu that she will not leave her family.

Later, Aparna is trying to feed Imlie while telling her that she would like to talk to her mother once amd tell her how brave is Imlie while Imlie remembers Mithi and tells her to not tell anything to Mithi.

Malini comes there and tells Imlie to fill the admission form with carefulness and that he will have to study a lot from now on making Imlie happy.

Meanwhile, Dev's mother advises him to pray to God while he asks her what should he pray for. They talk about Imlie and Malini being sisters while Dev wonders how, to tell the truth to them.

Aditya plans a surprise for Malini and tells Sundar to give the turmeric milk to Imlie also.

Malini asks Aditya why he gave her popcorn while he apologises to her forcing her to go on the trip and professes his love to her.

Sundar gives the turmeric milk to Imlie while she thinks to give it to Malini and goes to her room where she sees Aditya and Malini expressing their love to each other.

Imlie gets upset and is about to leave when a vase falls and Malini and Aditya hear and come out.

Malini goes to the kitchen while Aditya tells her that made had made the turmeric for both her and Malini.

He makes her drink the whole glass while thinking if she if upset seeing him and Malini together.

Upcoming Imli episode update: Malini to get suspicious of Aditya and Imlie.

© Copyright tellybest.com, 2020, 2021. All Rights Reserved. Unauthorized use and/or duplication of any material from tellybest.com without written permission is strictly prohibited.
Cached Saved on: Sunday 2nd of October 2022 10:26:32 AMCached Disp on: Friday 7th of October 2022 02:25:59 PM