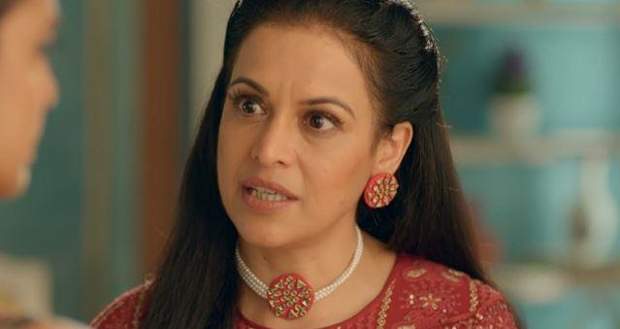 Today's Imli 27 July 2021 episode starts with Imlie serving honey to Aparna to reduce her pain but she refuses to have it and blames Imlie for her bad condition.

Meanwhile, Malini comes and feeds honey to Aparna with her hand.

Aparna asks Malini when she was knowing everything why didn't she inform her.

Malini tells Aparna that she didn't know what will be right for her.

On the other hand, Anu hires few goons to kidnap Aditya.

The goons kidnap Aditya and beat him harshly as per the orders given by Anu.

Later, Imlie and Tripathi's go to complain against the same to the police.

Unfortunately, the police doubt Imlie for Aditya's kidnapping due to her family background.

The police tell Tripathi's that the terrorist who was behind Aditya is in their custody.

The police arrest Imlie and start interrogation to find out the truth.

© Copyright tellybest.com, 2020, 2021. All Rights Reserved. Unauthorized use and/or duplication of any material from tellybest.com without written permission is strictly prohibited.
Cached Saved on: Tuesday 9th of August 2022 10:49:23 AMCached Disp on: Wednesday 17th of August 2022 04:41:34 PM