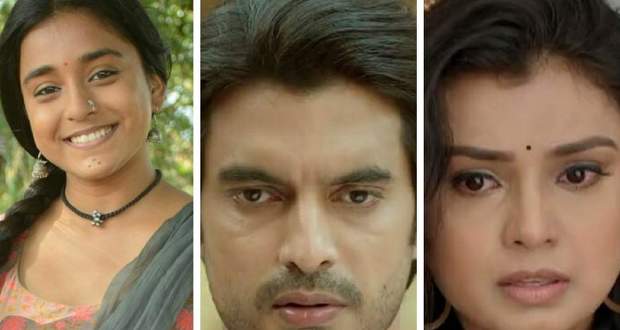 Today's Imli 27 March 2021 episode starts with Aditya trying to convince Imlie to go back with him to Delhi.

Imlie refuses to Aditya and tells him to go back for Malini as she must be waiting for him.

Later, Aditya decides to be strong for Imlie and takes the decision to go back alone.

Meethi asks Aditya that when will he be coming back to Pakhdandiya. Imlie irritatedly answers her that he will come whenever he wants to.

Imlie goes to drop Aditya at the bus stand and takes a promise from her that one day she will achieve her dreams.

Aditya leaves Pakhdandiya dejected. He misses Imlie a lot and remembers her throughout his journey.

Aditya-Imlie feel the pain of separation and both get sad.

Meanwhile, Dev reaches home and says to himself that it's good Mithi rejected him as he is not a trustworthy man and his sins are not forgivable.

Anu taunts Dev when he comes home and tells him his daughter is the same as him emotional and weak. Dev goes to meet Malini.

Aditya reaches home and everyone ignores him behaving differently.

Aditya thinks about how will his family react when he tells them the truth.

Upcoming Imlie (Imli tomorrow) episode update: Aditya meets Malini and she questions him about their relationship.