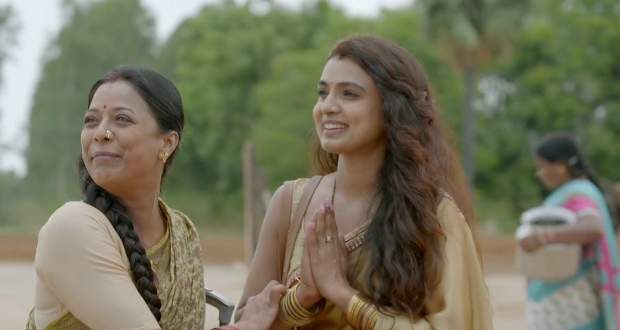 Today's Imli 27 May 2021 episode starts with Imlie thinking about Malini.

Meanwhile, Sundar and Imlie make fun of each other while he informs her about the charity ceremony in the house.

On the other hand, the lawyer informs Chaturvedi's about Malini's affair and divorce. They are shocked to hear this.

Further, Aparna asks Imlie to stay within her limits and she will be paid for her work which upsets Imlie. Aditya and Pankaj are upset with Aparna's behaviour towards Imlie.

On the other hand, Anu supports Malini when Dev talks about Malini's affair. Anu asks Dev to enquire about Malini in the college.

Malini meets Imlie's mother and introduces herself as Imlie's teacher. Meethi introduces Malini to everyone and takes Malini with her.

Aditya loses his cool on Imlie when she does not dance well. Aparna offers to teach dance to Imlie.

Aparna ridicules Imlie when she does not learn the dance well.

© Copyright tellybest.com, 2020, 2021. All Rights Reserved. Unauthorized use and/or duplication of any material from tellybest.com without written permission is strictly prohibited.
Cached Saved on: Friday 21st of January 2022 05:40:48 PM