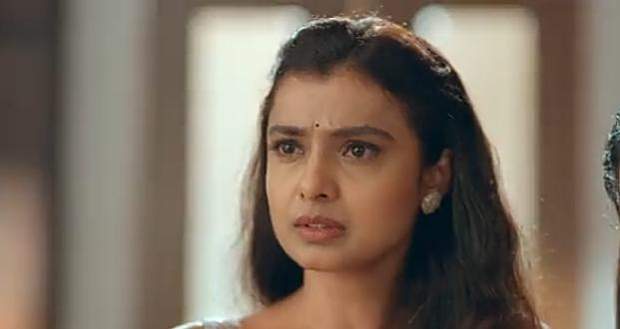 Today's Imli 27 September 2021 episode starts with Malini instructing Imlie to clean her room as she says dust is not good for the baby's growth.

Meanwhile, Anu gets furious about staying in jail and gets irritated by the way of the constable's behaviour.

Surprisingly, Anu offers help to the lady goon by saying that she will help her by providing her with a female servant.

Later, as a part of a ploy, two goons disguised as Labor and Employment employees enter the Tripathi mansion.

They ask Imlie for her ID proof to prove herself that she is not under eighteen age.

In the twist of events, the goons kidnap Imlie and get vanished.

Further, everyone searches for Imlie, Nishant confirms that the Government employees were fraud people.

Aditya gets worried as he comes to know that Imlie is kidnapped.

Meethi and Dulari pray to God for Imlie's safety.

Meanwhile, at the kidnapping place, Imlie discovers that there are other girls kidnapped as well and they are running cruel girls smuggling racket.

Imlie takes a staunch decision to rescue the girls.

Upcoming Imli episode update: The other victim girl advises Imlie to obey the kidnappers or else they might kill her.