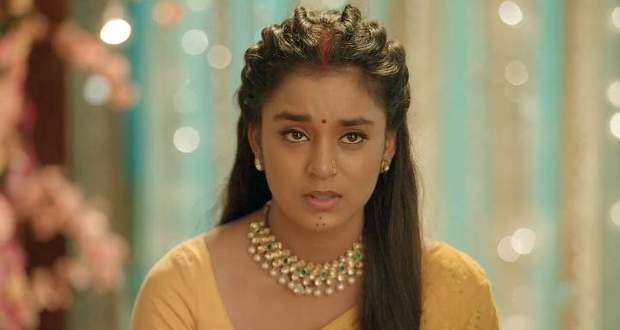 Meanwhile, Malini gets jealous of Imlie and she challenges her that she won't be able to complete her Muhdikhayi rasam with Aditya.

Later, Malini tries to snatch the ring from Imlie but fails to do so as Aditya wears the ring in Imlie's hand.

On the other hand, Aparna gives Imlie those sarees that she kept to donate to the poor people.

Imlie with her kind-hearted nature accepts those sarees as a gift and thanks Aparna.

After some time, Malini tells Aditya that she wants to buy few gifts for Imlie on her Muhdikhayi rasam, just another reason to spend time with him.

In a twist of event, Aditya and Imlie share a romantic moment.