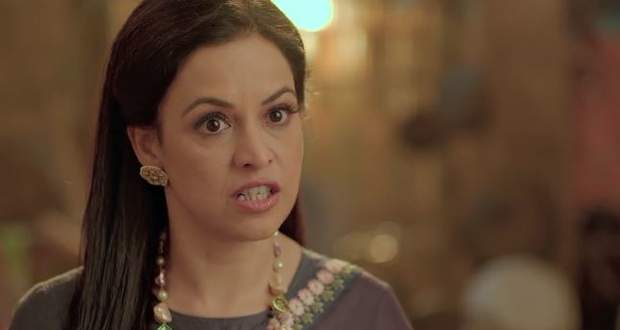 Today's Imli 28 January 2021 episode starts with Imli being thrilled at the party while Aparan offers her homemade sweets.

Meanwhile, Anu and Dev arrive at the party, and Anu gets annoyed by the arrangements done for Imli.

Later, Dev meets Imli while she feels so happy to see him in village attire and Dev gets relieved on seeing Imli healthy.

Further, the Tripathis dance with all the energy while Imli also joins them. At the same time, Imli gets hurt and the Tripathis become tensed while Aditya scolds her to be careful.

In the meantime, the Tripathis ask Imli to be seated while they continue their dancing. Imlie feels sad by looking at them dancing without her.

Later, Dev gently dances with Imli to make her feel happy which is not resisted by Anu while she goes to the kitchen.

Anu finds the carriage which Dev took for Imli to the hospital by lying to her while she throws it in the party hall.

Meanwhile, Anu humiliates Imli and Dev loses his cool at Anu while he leaves the Tripathis' house. At the same time, Malini gets tensed about Dev while she goes to find him along with Aditya.

At the same time, Dev decides to suicide as he cannot make Malini and Imli happy in their lives while he gets in front of the vehicle. Simultaneously, Imli saves him from suicide.

© Copyright tellybest.com, 2020, 2021. All Rights Reserved. Unauthorized use and/or duplication of any material from tellybest.com without written permission is strictly prohibited.
Cached Saved on: Friday 16th of April 2021 11:11:58 PM