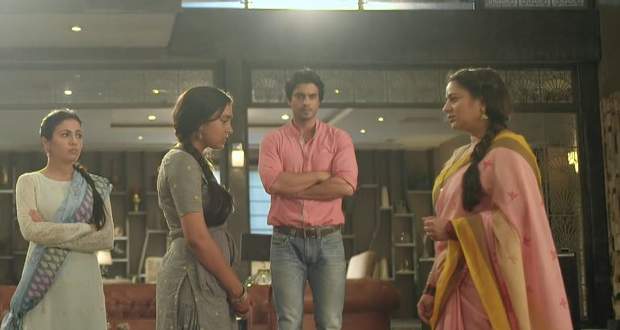 Meanwhile, the family members make fun of Imlie and she makes everyone dance.

Further, Aparna is furious with Imlie for not practising dance and asks everyone to get back to their work.

Aditya gives Aparna's old dancing videos to Imlie to help her in learning dance for the ceremony.

Aditya and Imlie argue over revealing the truth of their marriage.

Aparna watches Imlie learn dancing from her old dancing videos and asks her to check the leakage of the godown.

Imlie stays back at the godown as the leakage is increasing while she lies to Aparna and Radha.

Dev learns that Malini lied to them about the project.

On the other hand, Malini is shocked to hear about Imlie and Aditya from Nani.

Further, Malini learns about Imlie's decision of accepting Aditya after she is settled in her life.

Moreover, Malini is touched by Meethi's gesture when she talks about her, Imlie and Aditya.