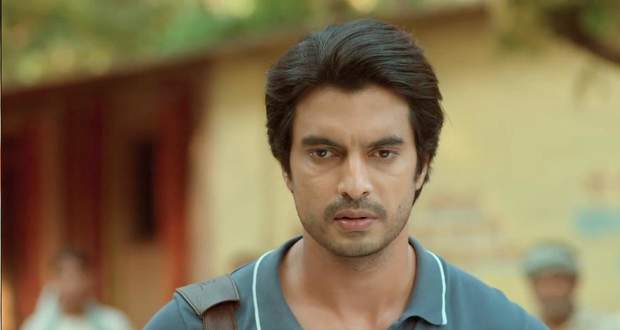 Today's Imli 28 November 2020 episode starts with Mithi getting emotional on seeing Imli dressed as a bride. She performs the pre-wedding rituals and Imli cries out loud on thinking about her marriage.

Malini goes to Aditya’s house and gets shocked to learn that Aditya has not come back from the village.

She tries to calm down Aditya’s family and assures them that Aditya will come back soon.

Aditya and Imli’s marriage begins and they are forced to get married on gunpoint. Mithi’s friend asks Mithi to join her daughter’s marriage.

Mithi tells the truth to her friend that Aditya will not be a good husband for Imli as he is already engaged to someone in the city.

Mithi gets worried for Imli’s future with Aditya. Further, Aditya and Imli get married and Aditya decides to leave from the village.

Mithi asks Aditya to wait for a while so that she could make Imli eat something. Aditya doesn’t listen to her and rushes to leave that place,

© Copyright tellybest.com, 2020, 2021. All Rights Reserved. Unauthorized use and/or duplication of any material from tellybest.com without written permission is strictly prohibited.
Cached Saved on: Saturday 23rd of January 2021 08:36:51 AMCached Disp on: Tuesday 26th of January 2021 07:23:43 AM