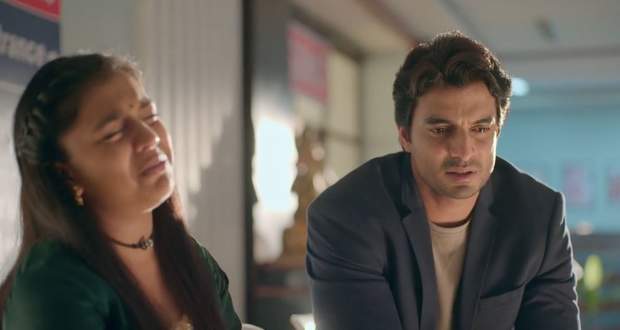 Everyone expresses their concern for Malini while she asks them to forgive her. The doctor asks the family to leave the room as Malini needs rest.

Aditya talks with Malini while she asks him to tell her what he was about to tell her. She asks him not to delay anymore and reveal it.

Seeing Malini's condition Aditya does not tell anything while the doctor asks him to come outside. Malini asks him to send Imlie.

Further, Aditya tells Malini that he is responsible for what is happening between them and not blame Imlie and leaves while Malini cries.

Aditya and Imlie discuss the situation while he tells her that he'll be revealing the truth to Malini once she is fine.

Imlie comes to meet Malini. Malini tells her that she has many questions but no answers to which Imlie says that she will answer all her questions.

Imlie tells Malini that she will leave the house as it is happening because of her but Malini says to her that nothing will be going to change even if she leaves.

Malini tells Imlie that if she wants to help her just answer her questions to which Imlie remains silent which worries Malini.

Malini expresses her state of mind to Imlie but Imlie asks her to rest while Malini thinks that she needs to be strong to listen to the truth from Aditya.

Upcoming Imli (tomorrow) episode update: Malini tells Aditya that there is someone in her life before him.

© Copyright tellybest.com, 2020, 2021. All Rights Reserved. Unauthorized use and/or duplication of any material from tellybest.com without written permission is strictly prohibited.
Cached Saved on: Monday 29th of November 2021 08:19:36 PMCached Disp on: Wednesday 1st of December 2021 02:18:49 PM