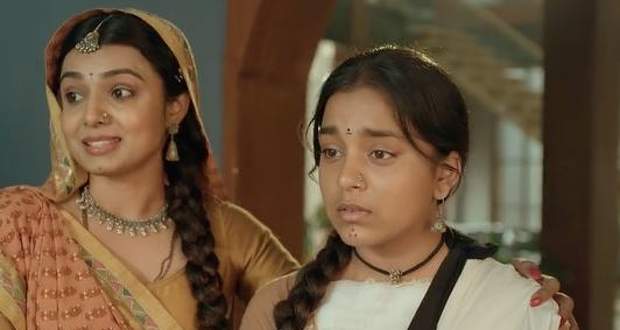 Today's Imli 29 January 2021 episode starts with Anu trying to turn Malini against Imli while she decides to reveal the truth about Dev's past in Pagdandiya.

Meanwhile, Imli brings Dev home and Malini gets very emotional. On the other hand, Imli gets moved by Malini and Dev's bonding.

Further, Aditya gives Imli Sita Mayya's idol which makes Imli happy and relieved that she can finally speak out her heart with Sita Mayya.

Meanwhile, Aditya says to Imli not to mind Anu's harsh words to which Imli answers him that Aditya also speaks rudely with her but she never minds.

At the same time, Malini comes there and places Imli's Sita Mayya among other idols in their temple to which touches Imli's heart.

On the next day morning, the Tripathi ladies decide to go shopping while Malini asks Aditya to come along.

Later, the Tripathis go to a Mall while Imli roams everywhere. Elsewhere, Aditya and Malini do shopping together while Dhruv and Nidhi tease them being romantic at the mall.

In the meantime, Imli does window shopping at the mall while the staff insults her.