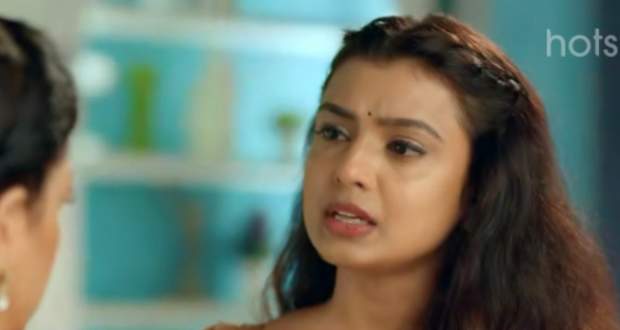 Today's Imli 29 July 2021 episode starts with Imli telling Aparna and Malini that she can cross any boundaries to bring Aditya safely back home.

Further, Imli vows to bring Aditya back in front of Tripathi's whereas Malini also promises to find Aditya.

Aparna taunts Imlie by saying that Malini is her real daughter in law as even though Aditya left her she is trying to save him from danger.

After some time, Imlie and Rupi go to the Home Minister to ask for help but the guards refuse them to go inside.

Imlie and Rupi sit in front of the Minister's house to seek help unless he approaches them.

Later, Tripathi's come and ask Imli to stop her act and come back home.

Imlie refuses to go with them until she meets the Minister.

In the twist of events, Imlie's college friends join her in the strike and support her as Aditya had helped them all in some way.

Imlie assures everyone that their efforts won't go in vain.

Anand Bhai's goons show the entire scenario to Aditya through a video call.

Imlie gets hurt as someone hits her with a stone.

Upcoming Imli episode update:Anand Bhai's goons ask the Minister that they will allow only Aditya's wife to talk to him.