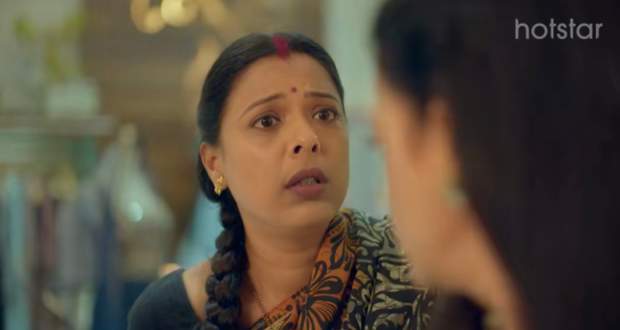 Today's Imli 29 June 2021 episode starts with Anu insulting Mithi and belittling her for coming into such an expensive boutique.

She accuses her of theft and makes her leave.

Elsewhere, Nishant learns from Aditya that KC is Malini's boyfriend which shocks him as they talk about Aditya and Imlie's relationship.

Anu prepares to go to Tripathi's house as Dev tries to stop her but fails.

Later, Imli makes the family pray to the goddess before marriage and everyone complies with her.

Mithi surprises her by singing the prayer with her as Imlie gets shocked and happy to see her.

Imlie introduces the Tripathi family to Mithi in her own way as she gifts the new couple Sindoor from Pagdandiya.

Nishant and Pallavi get married and take everyone's blessings when KC comes there.

He surprises Imlie by bringing Satyakaam there.