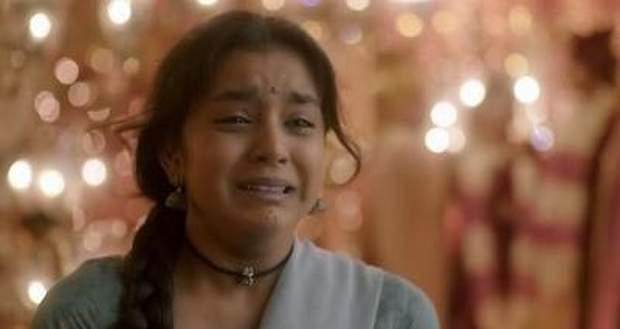 Today's Imli 29 March 2021 episode starts with Aditya asking his servant about Malini. The servant replies that Malini has gone to her mother's house and doesn't know when she is going to come back.

Aparna tells Aditya that he behaved irresponsibly with Malini hurting her a lot.

Meanwhile, Imlie misses Aditya a lot. She cries remembering him and his absence makes her feel dejected.

Mithi tells her to call Aditya as she will feel better talking to him. But, Imlie hides her grief and tells everything is alright.

Later, Dev consoles Malini by saying that they all will go for a family holiday. She refuses it as she thinks Aditya can come anytime to meet her and she doesn't want to miss the chance.

Aditya gets a call from his Editor asking him why he went to Pakhdandiya. The Editor tells him that he knows the truth of his and Imlie's marriage but he should not hurt Malini as she is innocent.

Aditya says to himself that he can't deny his feelings for Imlie and Malini deserves to know the truth. He goes to meet Malini.

Imlie tries to call Aditya but the call goes unanswered. She feels that Aditya doesn't miss her as much she does.

Prakash asks Imlie whether she is hiding something from him about her marriage. Imlie tells about all the good times she spent with Aditya to make-believe Prakash that everything is fine with them.