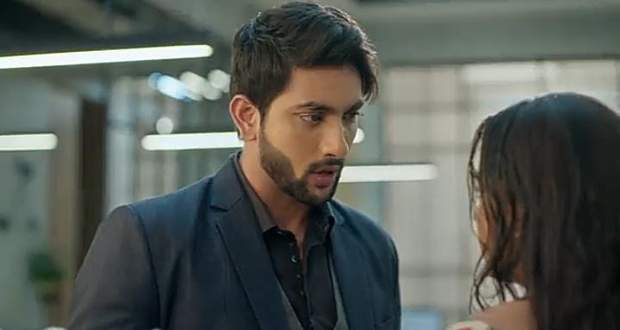 Today's Imli 29 November 2021 episode starts with Rupali questioning Malini why she is in her room, Malini answers that she is searching for medicines.

Meanwhile meeting happens in Aryan’s office and Aditya asks Imlie to talk about something but can’t able to say exact thing he wants to say.

Imlie shouts at Aditya and leaves the place.

Narmadha asks Arpitha to see someone to marry Aryan who brings a smile on his face.

Meanwhile Imlie’s friends ask her to come to the movie with them but she refuses.

While Aditya comes to Imlie and asks why she is there upto this time and says that he will drop her in the hostel but Imlie get angry with him and Aditya leaves that place.

Malini makes an anonymous call to Aryan and lies to him about his office catching fire.

Aryan rushes to office and notices some light from office and spots Imlie taking shelter in his office.

Aryan asks Imlie what she is doing here and again Imlie makes an excuse but Aryan asks again and Imlie says the truth but Aryan does not believe her.

Upcoming Imli episode update: Imlie takes shelter on the road and sleeps there, meanwhile some goons comes to trouble her.

© Copyright tellybest.com, 2020, 2021. All Rights Reserved. Unauthorized use and/or duplication of any material from tellybest.com without written permission is strictly prohibited.
Cached Saved on: Friday 21st of January 2022 04:38:02 PM