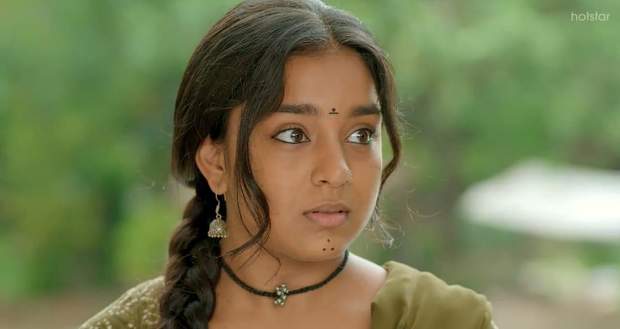 Today's Imli 2 April 2021 episode starts with Imlie missing her closed ones on the occasion of Hoil.

Aditya comes to meet Imlie and tells her to come along with him home. Aditya asks whether does she have any feelings for him as he is not able to concentrate on anything. He wants Imlie to be with him.

Imlie puts forward one condition to Aditya. Imlie asks Aditya to promise her that he won't break any of his vows which he took with Malini during their marriage. Aditya agrees and Imlie packs her bags to go to Tripathi's house.

Anu and Dev come to Tripathi's house for Holi celebration. Anu asks where is Aditya as Malini wants him to apply her color first.

Aditya brings Imlie home and everyone welcomes Imlie home happily. Everybody gets rejoiced seeing Imlie back.

Meanwhile, Malini waits for Aditya. She sees Aditya has already played Holi and gets upset. She tells Aditya just to apply her sindhoor but the children come running and sindhoor falls off Malini's hands.

Imlie wants to cheer up Malini and goes forward to apply her color but Malini stops her from doing it.

Anu tells Malini enviously that she never saw Aditya so happy and wonders what must be the reason.

© Copyright tellybest.com, 2020, 2021. All Rights Reserved. Unauthorized use and/or duplication of any material from tellybest.com without written permission is strictly prohibited.
Cached Saved on: Sunday 9th of May 2021 03:47:39 AM