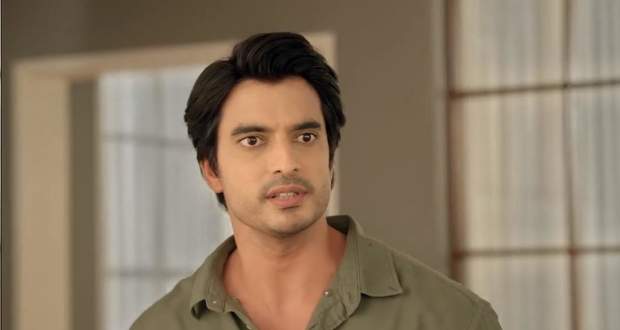 Aditya’s mother apologises to Imli on behalf of Aditya, while Imli starts crying out loud. Meanwhile, Malini gets joyful to meet Aditya after so long.

She gifts a new phone to him and questions him if he missed her in Bangdandiya or not. Aditya tries to inform her about the incident that happened in the village.

Malini tells him that she was feeling so insecure when he was away from her. Elsewhere, Aditya’s mother asks Imli to clean the dining table.

Imli starts cleaning the table by standing on it and by mistake throws water on Aditya’s phone kept there.

Aditya gets furious with Imli and scolds her for ruining his life. Later, Aparna asks Imli to give Kheer to Aditya to calm him down.

Imli refuses to go but Aditya’s family forces her to go to Aditya’s room. Aditya asks Imli to not to make relations with his family.

Imli starts crying and Aditya throws the Kheer, while Imli misses her mother and wishes to meet her.

Imli calls at her village’s post office and asks the postman to call her mother on the phone.

The postman informs Mithi about Imli’s phone call and she rushes to talk to her. Imli and Mithi get emotional while talking on the call.

Mithi questions Imli about her new house and her in-laws. Imli lies to her that her in-laws are very nice to her and keeps her happy always.

© Copyright tellybest.com, 2020, 2021. All Rights Reserved. Unauthorized use and/or duplication of any material from tellybest.com without written permission is strictly prohibited.
Cached Saved on: Saturday 23rd of January 2021 01:12:14 AMCached Disp on: Sunday 24th of January 2021 09:54:54 PM