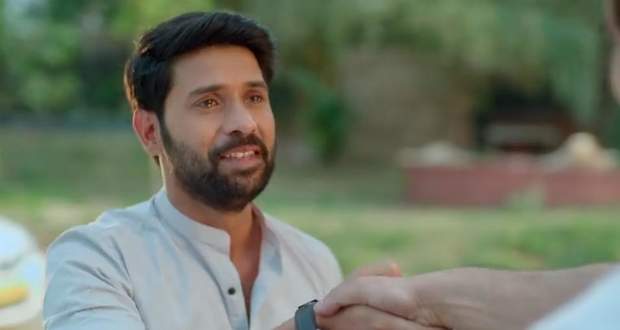 Today's Imli 2 March 2021 episode starts with the family finding out that Nishant is surprising them with a family dinner.

Imlie makes fun of Sundar while Malini reveals that Imli will not come with that as she has to study for her entrance exam.

Imlie does drama when Malini assures her that they will bring ice cream for her.

They tell her that their family secret mantra is 'I love you and to not open the door if someone doesn't repeat them.

They leave while Aditya gets a lead that the contractor who built the bridge is going to meet up with people from the underworld.

He finally says I love you to her and then berates her for thinking about these types of games.

Imli feels bad and remembers Aditya saying I love you.

Meanwhile, Anu and Dev also come to the same restaurant where the Tripathi's are there.

Anu tries to insult them while the family makes fun of the expensive item in the restaurant.

Dev invites them to his table after which Nishant reveals that he is surprising them with a brand new car for them.

Anu taunts saying that Aditya always takes Malini on a bike while Nishant talks back saying that it is their choice.

Anu asks if they have left Aditya and Imli together at home while Malini runs out crying.

Pankaj stands up and tells Anu that what she is saying is wrong as she is characterising a little girl while Aparna reveals that Imlie is home while Aditya is at his work.

Anu says that they can trust Aditya but cannot trust Imlie.

Upcoming Imli episode update: Malini sees Aditya and Imlie together in the restaurant.