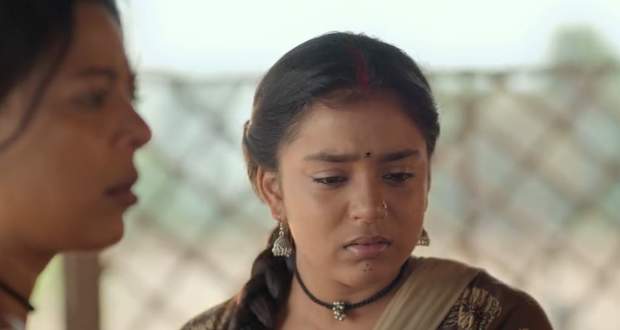 Today's Imli 30 April 2021 episode starts with Meethi waking up from a bad dream about Imlie returning to the house while Nani taunts her.

Aparna requests Dev to send Malini with them but Anu arrives and refuses. Anu confronts Tripathi's and tells them that Aditya is responsible for Malini's condition.

She refuses to send Malini with them and tell them that she won't let Malini live with Aditya and Imlie who are responsible for her suicide attempt.

Aparna apologises on Aditya behalf but Anu warns her that she won't spare Aditya for hurting Malini.

Dev consoles her and tells her to meet Malini. Anu becomes emotional seeing Malini in the hospital bed while Imlie comes there.
Anu blames Imile and throws her out while Imlie stops Aditya from talking with Anu.

Aditya comes to meet Malini and Malini tells him that she want to talk to him about the reason for her suicide attempt.

Malini tells Aditya that there was a person before him in her life and he came back. Aditya tells her that it was her past and she does not need to take this step for that.