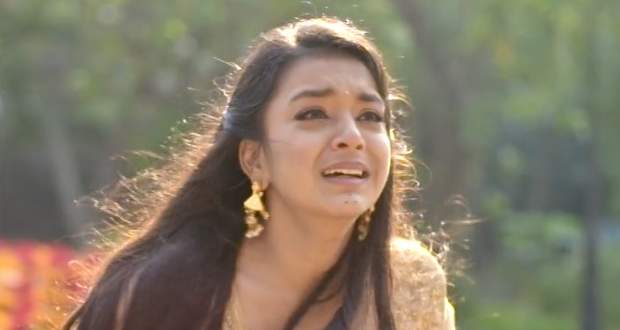 Arpitha thinks that Imlie went somewhere as she can’t bear to see her ex-husband marrying someone else.

Aryan interrupts them and says that Imlie is not weak.

Narmadha confirms that Imlie is not strong enough to bear this much pain at a young age.

Arpitha calls Imlie to know where she is but she finds Imlie’s phone with Aryan.

However, Aryan says that she left her phone with him by mistake.

Meanwhile, Imlie shouts for help as she is locked in the car.

She tries to break the glass of the window but she fails.

On the other hand, Anu asks Malini to humiliate Imlie before everyone but she refuses and says she only wants to marry Aditya.

At the same moment, Aditya waits at the temple for Imlie.

Malini’s father asks her to come with him but she refuses and stands strong to fight for her baby.

Malini decides to enter the mandap and start doing puja while desperately waiting for Aditya.

Meanwhile, Aditya becomes restless, waiting for Imlie at the temple.

Aditya decides to go back to the wedding venue.

Imlie gathers all her strength and screams out loud to get herself out.

On the other hand, Pandit informs that auspicious time has passed.

Suddenly, Aditya enters and informs his family that he is going to marry Malini.

Aditya calls Imlie and Aryan before starting his marriage.

On the other hand, Aryan searches for Imlie and notices some blood on the car window.