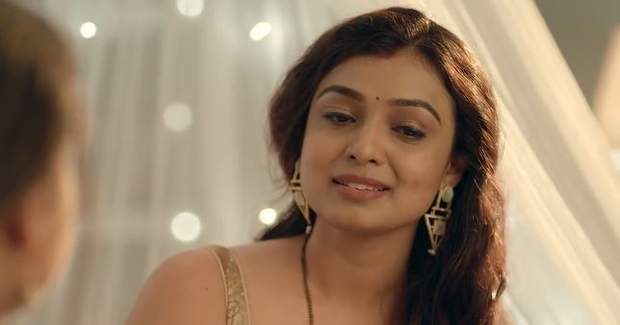 Today's Imli 30 January 2021 episode starts with Imli roams all over the mall while Sundar confronts and teases her.

On the other hand, the Tripathis have fun trying new clothes. Meanwhile, Imli tires the footwear and the staff scolds her.

Imli further challenges them by trying some other items saying that they are her customer service. At the same time, the manager humiliates Imli and pushes her away from the mall.

Later, Sundar apologizes to Imli and at the same time, Aditya comes and learns about Imlie's humiliation. He immediately goes into the store and warns the manager that he will publish his act in the next day's news article.

Aditya further asks the manager to apologize to Imli and he does.  Later, Imli tries some clothes and then asks him to throw them out as she touched them when he asked if he can pack them.

The Tripathis feel happy seeing Imli having fun at the store.

After returning home, Malini shows her clothes to Aditya while she realizes the same dress is bought by Aditya for Imli.

Malini gets impressed by Aditya when she learns that he took a stand for Imli at the mall.

Meanwhile, Imli sits in her bed and eats tamarind and at the same time, Malini comes while Malini comes and gives her the dress bought by Aditya.