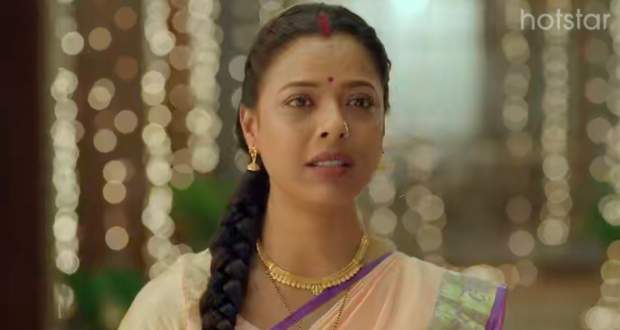 Imlie gushes to Mithi about Malini while she sits and thinks about moving on from Aditya.

KC meets her and talks to her as she learns that Mithi is at their house and gets tensed.

She forms a plan and hugs KC while Imlie sees them and sends Mithi and Satyakaam towards the dining hall for lunch.

She apologises to him and he tries to lighten the mood but she acts angry.

Later, Mithi and Satyakaam are distracted as the Tripathi's are dancing when KC and Malini sneak out.

Anu arrives there and gets shocked to see Mithi and Imlie.

Mithi tells Imlie her wish to meet Malini while Anu overhears and realises that she is Imlie's mother.

The family goes upstairs while Anu drags Mithi and insults her.

Elsewhere, Imlie gets scared thinking that the Tripathi's might hate her but Aditya calms her.