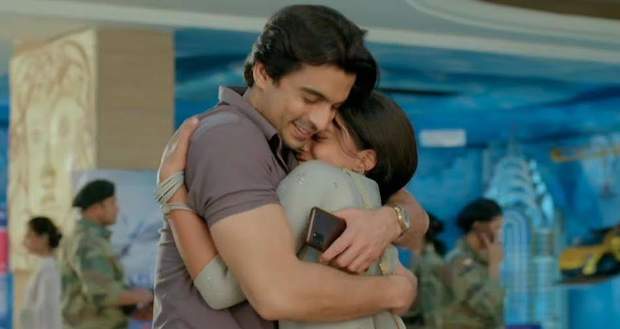 Today's Imli 30 September 2021 episode starts with Imlie getting back to the house and Malini getting shocked by seeing her.

Now, Imlie gets to know that Anu is the mastermind behind her getting kidnapped which is revealed by Malini

Later, Anu convinces Malini that her baby will make Aditya getting closer to her which will make Imlie powerless and she can't do anything anymore.

Anu tells Malini to focus on her baby to make it a way to get back all the love from Aditya.

After some time, Aditya says sorry to Imli as he was the reason for her to quit college.

Imlie tells Aditya that he is neglecting the facts that she is trying to tell him about Malini.

Aditya won't listen to her which makes Imlie upset. She also thinks that Aditya won't believe in her whatever she says.

In the twist of events, Aparna feels a change in heart for Imlie she thanks her for saving the family and giving permission for Malini to stay with them.

After some time, Imlie gets a call from the college to take part in a debate competition which makes her happy.

After hearing this news, Aditya feels happy and wishes good luck to Imlie.

Upcoming Imli episode update: Malini makes a plan which will stop Aditya not dropping Imlie at the college.