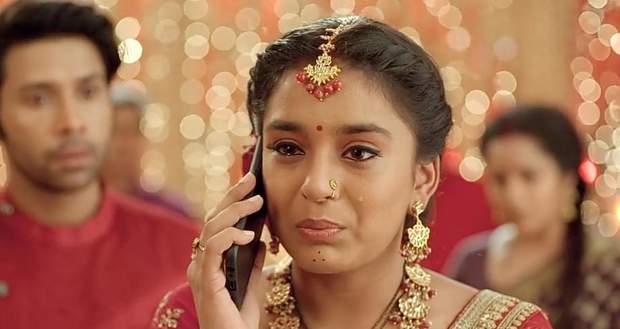 Today's Imli 31 August 2021 episode starts with Imlie getting worried for Aditya as he didn't show up for a very long time.

Meanwhile, while Malini calls Aditya, Imlie snatches the phone from her and talks to Aditya.

Aditya informs Imlie that he is with Satyakam as he wants to discuss something important with him.

On the other hand, Malini gets worried as she thinks Satyakam may do something wrong with Aditya.

Anu tells Malini to calm down or else she would get caught as Malini was the one who called Satyakam and provoked him against Aditya.

In the twist of events, Satyakam fires bullets on Aditya and takes his revenge for hurting Imlie.

Further, Satyakam receives the call and tells Imlie that he has killed Aditya for betraying her.

Imlie and Malini get into a heated argument where both promise that they will create havoc in each other life if anything happens to Aditya.

Upcoming Imli episode update: Harish and others go to the hospital to cross-verify Aditya's dead body.

© Copyright tellybest.com, 2020, 2021. All Rights Reserved. Unauthorized use and/or duplication of any material from tellybest.com without written permission is strictly prohibited.
Cached Saved on: Monday 17th of January 2022 10:05:58 AM