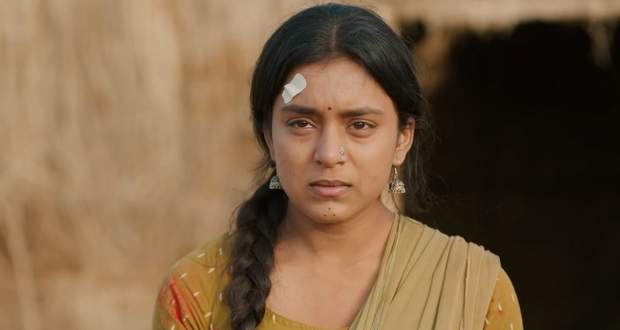 Today's Imli 31 Jan episode starts with Imli being honored by all the women in Pagdandia.

The ladies are grateful to Imlie for ending the inhuman custom in the village.

The ladies promise Imlie that they won’t let the villagers practice this custom in the future as well.

Also, the ladies have made a flex with Imlie’s image and her achievement.

Further on, Imlie, Aryan, and Aditya bid their goodbyes to Mithi and leave for the city.

Mithi gives some of the village soil to Imlie so that Imlie doesn’t miss her mother.

During the journey to Delhi, the bus stops at a diner for the travelers to freshen up.

Aryan wants to eat but hesitates as he sees the unhygienic environment.

Imlie befriends the chef of the diner and cooks food.

Meanwhile, Aryan calls Narmada, updating her about Imlie and his well-being and also telling her that Aditya is found.

Further on, Aditya confronts Aryan for the reason Aryan came to Pagdandia as both clearly know that Aryan doesn’t like Aditya.

Aryan states that there were other employees in Pagdandia of Bhaskar Times.

Aditya comments at Aryan sarcastically that Aryan is very much passionate about his work.

Aryan replies that everything he does, be it work, friendship, or enmity, he does with passion.

On the other hand, Imlie brings food for Aryan and her.

Meanwhile, the Tripathi family is doing preparations for welcoming Aditya and Imlie.

Arpana asks Narmada to stay at their house to celebrate together.

At the same time, the lawyer arrives at the Tripathi house with a notice sent by Malini.