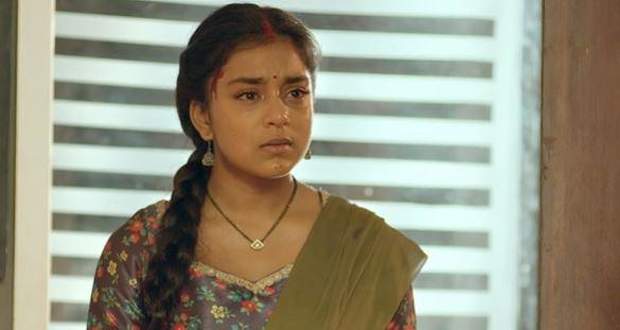 Today's Imli 31 July 2021 episode starts with Imlie and Rupi asking the Police about any news about Aditya.

Further, Imlie secretly enters the conference room and listens to the conversation.

The police say they will begin with a rescue mission for Aditya but won't leave Anand's goons.

Imlie gets selfish and angrily tells the Police that they don't value a person's life they just want their mission to save the country from the terrorists.

Imlie challenges the police that she will rescue her husband by herself.

Meanwhile, Satyakam and Mithi get worried as they know about Aditya's kidnapping.

Aparna insults Imlie on the call while talking with Mithi.

On the other hand, Anu tries to stop Malini from helping Aditya and Tripathi's but Malini refuses her orders.

Later, Imlie summons up the courage and sets on a mission to rescue Aditya by herself.

Upcoming Imli episode update: Imlie and Aditya are caught in a dangerous situation.

© Copyright tellybest.com, 2020, 2021. All Rights Reserved. Unauthorized use and/or duplication of any material from tellybest.com without written permission is strictly prohibited.
Cached Saved on: Monday 17th of January 2022 10:31:09 AM