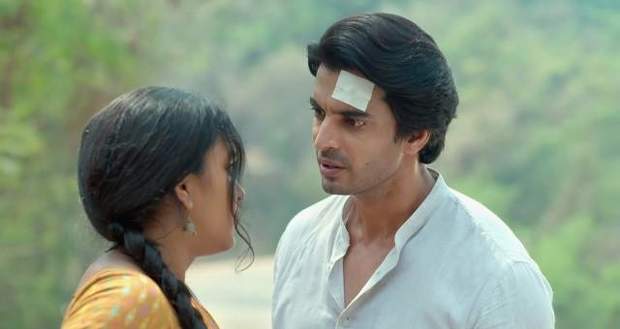 Today's Imli 31 March 2021 episode starts with Prakash asking explanation from Imlie about Malini who called him from Aditya's number.

Prakash tells Imlie to tell the truth or else he will tell Mithi everything.

Imlie tells Prakash the truth about her and Aditya's relationship. She tells him that Aditya is married to Malini after their marriage and she was staying as a maid in their house.

Imlie asks promise from Prakash to keep this secret. Prakash agrees but he tells Imlie that he will accompany her while going to Delhi to make arrangements and come back to Pakhdandiya.

Further in Tripathi's house, discussion about Nishant's marriage raises an argument between Malini and Aditya on how a life partner should be.

Malini confronts Aditya and notices the strange change in his thoughts.

Meanwhile, Imlie and Prakash leave for Delhi to take her admission to the college. Aditya calls Prakash but he doesn't receive the call purposefully.

Later, Aditya comes to know from Mithi that Imlie has left for Delhi. He reaches the bus stop to meet Imlie.

Aditya and Imlie meet again and he asks her the reason for coming to Delhi, Imlie keeps quiet.

Aditya tells Prakash that Imlie is his wife and she is his responsibility. So, he will take care of her.