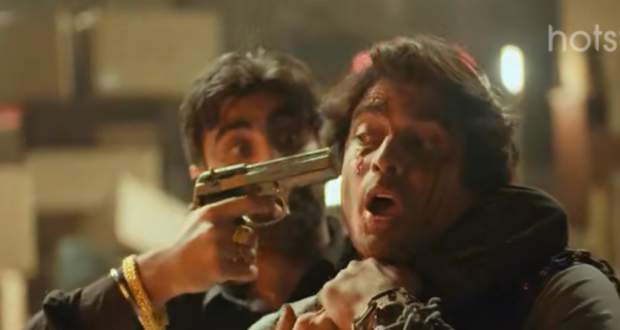 Today's Imli 3 August 2021 episode starts with Imlie taking a strong move to rescue Aditya by shooting a bullet at the terrorist.

Fortunately, Imlie rescues Aditya safely from the terrorists and both share an emotional moment.

On the other hand, Tripathi's get the good news that Aditya is rescued.

After a while, Aditya comes home and the media asks him about his experience.

Aditya gives credit to Imlie for saving his life.

The police also appreciate Imlie's bravery in fighting against the terrorist and saving her husband.

Malini gets disheartened as Aditya doesn't pay heed to her efforts.

Later, Aparna gets emotional looking at Aditya's injuries but doesn't get pleased with Imlie's efforts.

© Copyright tellybest.com, 2020, 2021. All Rights Reserved. Unauthorized use and/or duplication of any material from tellybest.com without written permission is strictly prohibited.
Cached Saved on: Friday 28th of January 2022 04:15:26 PM