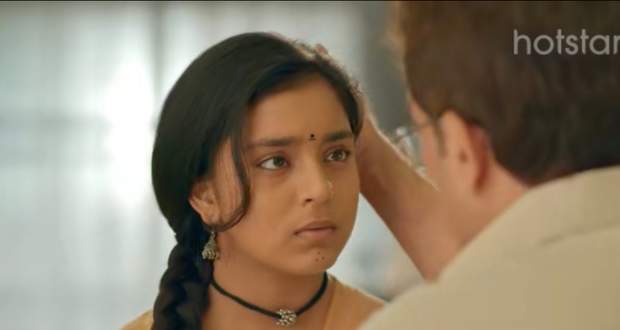 Sundar informs Aparna that both Malini and her luggage are not in her room which makes her feels guilty while Rupali and Aditya get tensed knowing that Imlie is not in the house.

Imlie goes to meet Malini at Chaturvedi's house where she gets into an argument with Anu.

Dev tells Imlie that he wants to give her the name that she deserves but Imlie leaves telling him that she will never accept him.

Later, Anu meets Malini and tried to manipulate her against Imlie but her plan fails as Malini says that she's glad Imlie found out the truth.

Anu cries and manages to convince Malini to come back home.

Meanwhile, Aditya reveals everything to Nishant and Pallavi and says that he fears Imlie might leave him.

Aparna hears Aditya talking and thinks that he is asking for Malini.

Malini is talking with KC when Aparna calls her and tells her to come back.

However, KC makes her realise that she wants to go to Aditya while he angrily tells her that his opinion doesn't matter as he is just her lawyer.