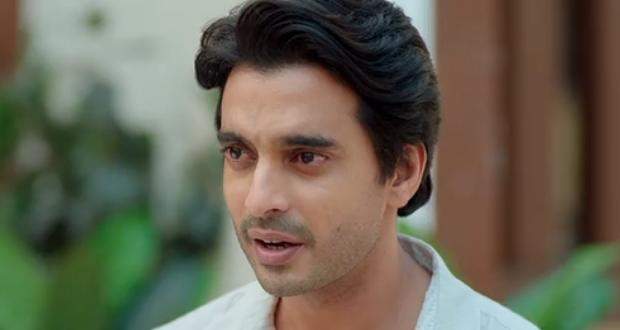 Today's Imli 3 March 2021 episode starts with Imlie hitting herself for not being able to remember while Aditya comes there and tells that it is because she has been studying all day.

He offers to give her a ride to the restaurant where Malini and the family are and she happily agrees.

He stops the bike at a place and gets a call from his colleague who informs him that the deal with that underground people is going to happen at Grand palace restaurant.

He orders Imlie to stay quiet and takes her with him as he doesn't have time to drop her at the family.

Meanwhile, Anu confronts Malini and tells her that her husband is not so innocent and points her finger at Aditya and Imlie sitting at the table.

She entices her against Imlie and Aditya while Aditya keeps his eyes on the contractor, Tirpat Singh and underground don, Bunty Bhaiya.

Imlie offers to help Aditya while he gives her a recorder and whispers into her ear the plan.

Imlie manages to put the recorder under the contractor's table while Malini goes to Aditya's table to confront him but he tells her to back to the family and that he will explain it to him later as he is busy listening to the contractor's conversation.

Later, he tells the truth to Malini while Anu comes there and taunts him but Malini dismisses her and tells him to go back to his work.

Aditya and Imlie are going back home while Aditya thinks about Anu's words and thinks that he has to do something.