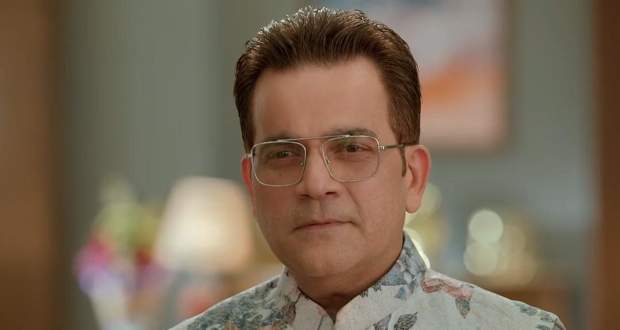 Today's Imli 4 January 2021 episode starts with Malini trying to convince Aditya that the makeup done by Imlie looks good but he drags her towards the main door.

However, guests start coming and Malini goes inside to greet them.

Further, Anu and Dev come while Malini hugs them happily.

Anu says that the makeup is disgusting while Imlie explains to her that Malini is glowing because of her husband's love.

She goes to the kitchen where Dev comes after her and asks her about the people who came from Pagdandiya on the wedding day.

Imlie denies having any relation to those people while Anu comes there and tell Dev that Malini is waiting for him.

He goes after which Anu asks Imlie what he asked and gets suspicious of him.

Later, Nidhi and Rupali are decorating Aditya's room while Anu comes there and sits on the bed.

She sees a cockroach and gets furious after which she angrily calls for pest control.

Anu and her family leave while Malini and Aditya are given a different room.

Other housemates are arguing about their sleeping places.

Imlie goes to her bed but sees that Sudar is there and he blackmails saying he will reveal to everyone that those people from Pagdandiya are her relatives.

Meanwhile, Malini gifts Aditya a watch and he gifts her a shawl and spend some quality time when they suddenly hear someone sneezing.

Aditya goes out and gets shocked to see Imlie sleeping near their doorstep.

Upcoming Imli episode update: Adorya to be upset with Malini.

© Copyright tellybest.com, 2020, 2021. All Rights Reserved. Unauthorized use and/or duplication of any material from tellybest.com without written permission is strictly prohibited.
Cached Saved on: Thursday 28th of January 2021 10:00:48 AM