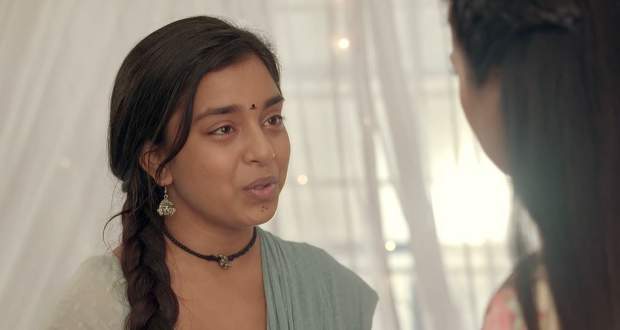 Today's Imli 4 May 2021 episode starts with Imlie talking to Rupali and telling her to bid goodbye.

Later, the Tripathi's bid goodbye to Imlie, and she leaves with Anu and Dev.

They leave and at the same time Aditya and Malini reach Tripathi house.

Anu starts insulting Imlie while Malini tells Aditya that Imlie is not waiting for her at the door.

Anu makes Imlie stay in the storeroom and again insults her.

Malini asks for Imlie and Tripathi's try to divert the topic by giving them a trip to Kerela for their honeymoon.

She again asks Imlie and Rupali reveals the truth to her but Aparna tries to sugarcoat the words.

Malini questions Anu and makes her promise that she will behave properly with Imlie.

Aditya worries for Imlie while Pankaj tells him to worry about Malini.

Aditya calls Anu's house and Imlie picks the receiver while Anu picks the other receiver and listens to their conversation.