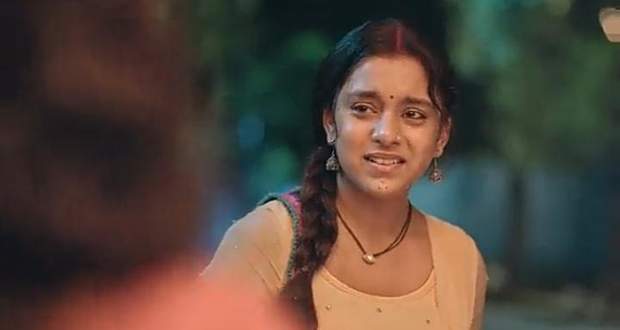 With her witty nature, Imlie coaxes Malini to have her food.

Malini feels happy to know that Imlie's date is canceled with Aditya.

As Anu invites Tripathi's hours for a pooja which is to celebrate the arrival of Malini's child.

While getting ready for the event, Imlie pours her heart out to Aditya. She tells him that whatever happens between them and their relationship, she won't let it affect her relationship with the upcoming child.

Imlie tells Aditya that whatever is related to him is her priority.

Meanwhile, Aditya tells Imlie that today's date was important for him as well.

Further, Doctor Samar calls Malini and informs her that she has Asthama. He advises Malini to stay away from dust.

Imlie gets disheartened, instead of sitting in Aditya's car, she chooses to sit in Nishant's car.

Upcoming Imli episode update: Anu insults Meethi in front of Tripathi's. Imlie gets furious watching her mother facing humiliation in front of all.

© Copyright tellybest.com, 2020, 2021. All Rights Reserved. Unauthorized use and/or duplication of any material from tellybest.com without written permission is strictly prohibited.
Cached Saved on: Friday 21st of January 2022 04:12:03 PM