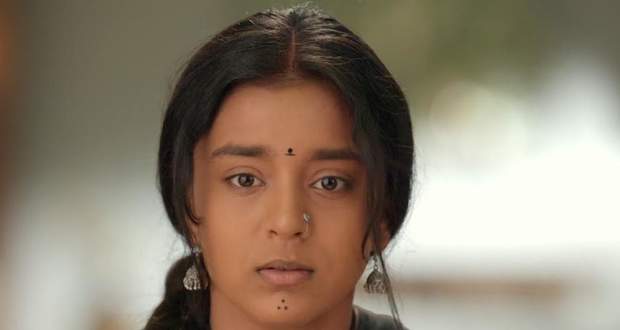 Today's Imli 5 April 2021 episode starts with Imlie telling everyone to help Aparna and Radha in their work.

Malini says that they should give Radha and Aparna a holiday on Sunday. Everyone apologizes to Aparna and Radha.

Further, Dev's mother tells Dev and Anu that she has organized a pooja at home. She tells Dev to invite the Tripathi's for lunch at their house after the pooja.

Dev asks her mother whether they can invite Imlie as well. This makes Anu furious and she says that he should invite all the servants too.

Later, Dev and Anu get into an argument but Dev's mother handles it.

Dev and Anu come to invite Tripathi's for the pooja and lunch. Later, Dev invites Imlie but Aditya refuses as he says that last time she was not treated well in the house. Dev tells Aditya that it won't happen this time as he is inviting Imlie as a daughter.

The picture Imlie drew accidentally falls in Aditya's hand. Malini thinks that it is trash and she takes it and throws it in the garbage.

Aditya says to himself that he won't let anyone humiliate Imlie.

Upcoming Imli (tomorrow) episode update: Guruji predicts that Aditya will have two wives in his life.