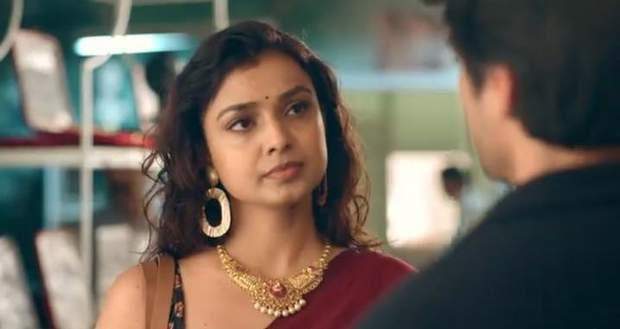 Today's Imli 5 January 2021 episode starts with Aditya going outside and finding Imlie rolled in a bedsheet.

Aditya scolds her while Malini comes there and sees that Imlie is cold.

She tells Imlie to come inside but Aditya drags her inside and tells her that he doesn't want Imlie inside their room.

Malini goes upside and gives the shawl to Imlie which hurts Aditya.

Aditya confronts Malini but she scolds him saying that Imlie is their family and that she is his responsibility.

He apologises to her Imlie puts the shawl away.

Elsewhere, Mithi thinks that Imlie is about with her for not stopping her forced marriage.

She prays God to let Imlie meet her father while Dev wonders why Mithi came to Malini's wedding.

Anu comes there and reminds him that Malini is coming home for the Pagphera ritual the next day.

Next morning, Nidhi asks why Imlie is not present in the kitchen to which Sundar replies that she is still sleeping.

Radha goes to wake her up but Imlie falls unconscious and Radha realizes that she has a high fever.

Family members worry for Imlie seeing that she has a fever of 104 F and take her to hospital.

Later, Anu calls the Tripathi house and hears that Malini is at the hospital and rushes there without hearing the whole thing.

At the hospital, the doctor informs the Tripathi's that Imlie has a severe infection and needs a blood transfusion.

Anu grows suspicious being informed that Imlie has the same blood type as Dev.

Imlie regains conscious and Malini informs her that they are blood-related from now on as she shared her blood with her.

© Copyright tellybest.com, 2020, 2021. All Rights Reserved. Unauthorized use and/or duplication of any material from tellybest.com without written permission is strictly prohibited.
Cached Saved on: Saturday 16th of January 2021 02:07:09 AM