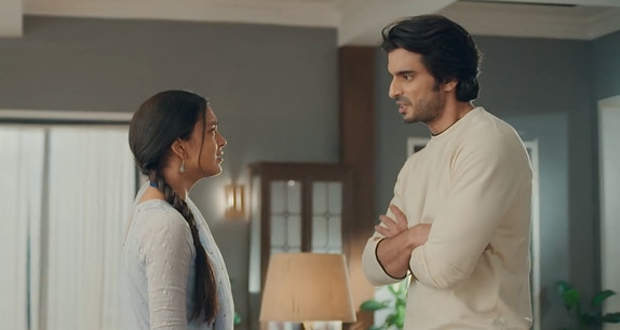 When Imli starts to leave, Aditya asks her how come she loves Aryan so much that she cannot bear to be present in the same room as Aditya.

Imli tells Aditya if he continues accusing her of the same allegation then she doesn't want to be anywhere near him.

She also mentions that she had not slept with Aryan to achieve whatever she has achieved today.

Hearing her words, Aditya asks her why she had sent the divorce papers to him then. Imli denies his statement.

At the same time, Malini comes and confesses that she had sent the divorce papers not Imli. Imli loses control over her emotions and tries to expose Malini's deeds.

Aditya remains silent, listening to both the women.

Malini argues with Imli that her love for Aditya is superior to Imli's relationship with him.

Imli asks Aditya to say anything and when Aditya goes to speak, Aryan interrupts them.

Thereafter, Aditya doesn't say anything which aggravates Imli to the full extent and she leaves.

Further on, Imli asks Aryan to say something shocking that will divert her mind.

Aryan scolds Imli for being too casual with him and thinking that they were friends.

As Aryan and Imli converse, Aditya comes and says that he wants to talk to Imli.

Imli denies but Aryan asks her to go.

Aditya tells Imli that he agreed Malini was wrong but by signing on those papers both Aditya and Imli had made Malini's wrong right.

© Copyright tellybest.com, 2020, 2021. All Rights Reserved. Unauthorized use and/or duplication of any material from tellybest.com without written permission is strictly prohibited.
Cached Saved on: Wednesday 19th of January 2022 02:00:21 PM