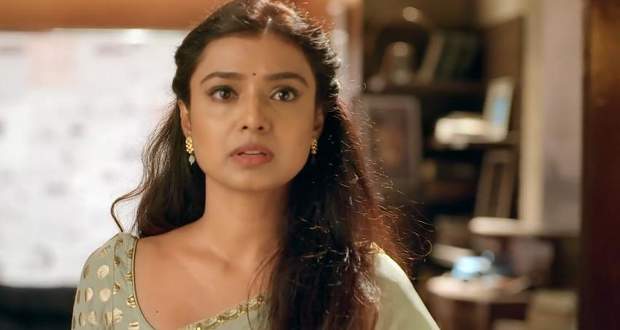 Today's Imli 5 July 2021 episode starts with Imlie retelling her visit to Chaturvedi house while Mithi tells her that Aditya might be worrying for her.

At the same time, Nishant comes there and takes Imlie with her while informing her about Aditya's bad health.

Later, Nishant distracts the Tripathi's while Imlie meets Aditya but Rupali scolds her saying that he was worried for her.

Rupali and Nishant stop the family from going upstairs as Malini comes there.

Aditya acts upset with Imlie and tells her that he is tired of hiding their relation and fearing that she might leave him.

Imlie talks about Malini which causes Aditya to argue with her.

Meanwhile, Malini comes there hopefully but regrets after seeing Aditya and Imli together.

Imlie tries to talk to Malini about the truth but gets shocked learning that she already knew.

She feels guilty for running her elder sister's marriage and Malini shouts at her to leave everyone and become great for herself.

Malini advises her to value what she has and reveal the truth about her and Aditya to the family.

Aditya comes there and Malini vents out to him to reveal the truth to the family.

Malini leaves from there and gets surprised seeing KC as she starts crying on his shoulder.