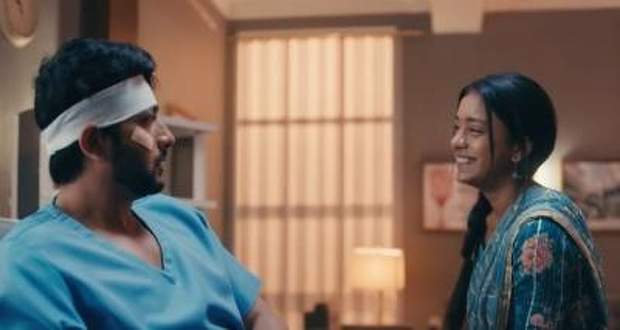 At the same time, Aryan grabs Imlie's arm and asks what is bothering her.

Hence, Imlie confronts Aryan regarding his wishes to seek revenge on Aditya.

Further, Aryan confirms to Imlie that it is his motive to take revenge against Aditya and ruin his life.

However, Imlie finds it hard to believe and questions Aryan why he kept this a secret.

Imlie, with the painful smile and tears gushing out of her eyes, accuse Aryan of taking advantage of her situation to get back at Aditya.

Furthermore, Imlie with a tiny hope asks Aryan to say that it is not his intention for getting back at Aditya for revenge.

However, Aryan does not agree with Imlie. With her heavy and broken heart, Imlie declares that they are not friends anymore and breaks ties with Aryan.

Furthermore, Arpita tries to convince Aryan that Arvind Shikawath’s death was an accident and not murder but Aryan counters that Aditya is accountable for Arvind’s death.

Later, Arpita tries to stop Aryan's rashness but he doesn’t budge and is stubborn to take his revenge.

At the same time, Imlie walks to take blessings from the goddess Sita but stumbles.

When her head was about to hit, Imlie closes her eyes awaiting to taste the pain. But Aryan prevents it by saving her.

However, Aryan and Arpita try to stop Imlie from leaving the house but she is adamant and starts marching towards the door and moves out of the house.