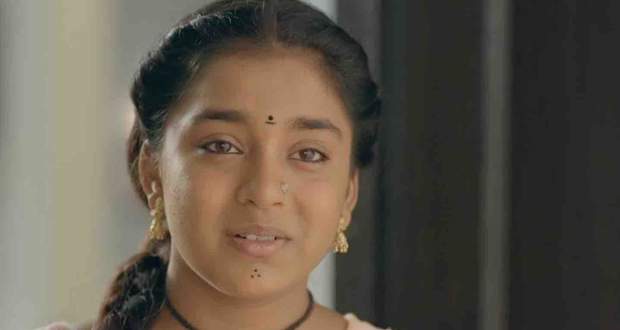 Today's Imli 6 April 2021 episode starts with Tripathi's having a fun conversation with each other.

Malini and Aditya come getting ready for the pooja. Aparna gives a gift to Malini to present it to her mother.

Later, Aditya tells Imlie not to even touch Anu's feet as she is not worth giving that much importance.

Malini gets upset listening to Aditya's words she becomes curious to know earlier Aditya didn't use to think much about her mother's then now why is he getting more affected.

Guruji predicts that Aditya will have two wives in his life. This makes the entire family shocked.

But, Imli interrupts in between and says that this all is superstition and they must not believe in it.

Aditya leaves the dining table and goes to Imlie he sits with her and has his lunch. Malini comes and gets sad to know that Aditya doesn't want to have lunch with her family.

Aditya overhears Dev saying that he is regretting not being a good father and a husband for Mithi and Imlie.

Later, Malini hugs Aditya and asks him why isn't their relationship the same as before she is missing it a lot. She wants to know what is happening with them.

This makes Aditya confused about whether to tell Malini the truth or not.

Imlie interrupts in between. This makes Malini angry and she tells her to knock on the door and come as she should give a married couple their privacy.

Upcoming Imli (tomorrow) episode update: Aditya tells Imlie that Malini needs to get hurt once so that they three live happily later.

© Copyright tellybest.com, 2020, 2021. All Rights Reserved. Unauthorized use and/or duplication of any material from tellybest.com without written permission is strictly prohibited.
Cached Saved on: Monday 29th of November 2021 11:43:30 PMCached Disp on: Wednesday 1st of December 2021 02:35:25 PM