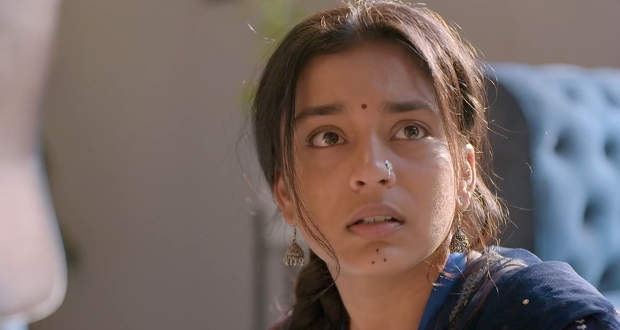 Today's Imli 6 December 2021 episode starts with Imlie trying to convince Aditya that she will talk to Aryan for him.

Aditya replies he doesn’t need her favor and mocks her for becoming his senior.

Imlie questions Aryan why he insulted Aditya and Aryan warns her to stay away from this matter as every employee is equal to him.

Aryan tells Imlie to believe in her capabilities.

Meanwhile, Aparna asks Aditya if he is fine and Aditya says they should celebrate as Imlie got a promotion.

Aparna shuts up Malini by informing them about the humiliation Imlie has faced since childhood.

Malini asks Aditya to leave the job as everyone is insulting him there and says that he deserves something better.

Also, Malini asks Aditya to start his own newspaper company and her mother shows newspaper copyright to Aditya.

Meethi reminds Imlie about her anniversary, and she complains Aditya is not with her.

Meethi supports her by saying Aditya will apologize to her after realizing his fault.

Aparna forces Aditya to come to a conclusion regarding his marriage with Imlie.