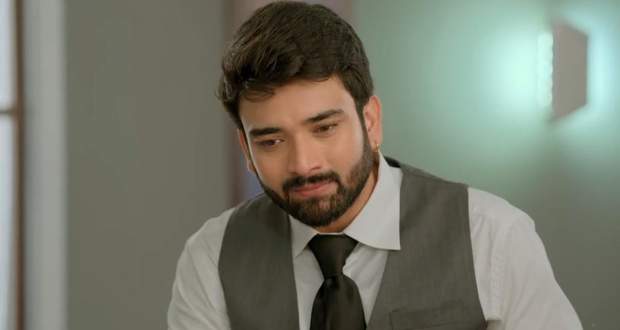 Today's Imli 6 January 2021 episode starts with Malini suggesting that she stays with Imlie while Anu gets angry and says that it is her Pagphera ritual that day.

However, Malini says that the ritual can be done later while Aditya says that he will stay with Malini.

Sundar goes to Imlie's room to bring Aparna's belongings while Imlie tells him that she will come home with him.

Sundar scolds her and tells her to rest after which he apologises to her and leaves.

Meanwhile, Aditya and Malini are in the cafeteria having food when she tells him that they should go to check on Imlie.

Malibu and Aditya reach Imlie's room and get panicked upon not seeing her in the room.

Elsewhere, Imlie is roaming the hospital when she sees a patient, Shobha refusing to eat from the nurse's hand and will only eat from her son's hand.

Imlie intervenes while the nurse informs her that Shobha's son has left her here for 3 years and has never come back for her.

She cooks up a story in front of Shobha and distracts her while feeding her.

Aditya comes there and starts berating her while Shobha thinks that he is her son, Mayank and tells him to eat with her.

Imlie tells Aditya to act and tells him to apologise to Shobha for not coming to meet her.

She further requests him to feed Shobha and he does after which they leave.

Elsewhere, Anu voices her suspicion about Imlie to Dev but dismisses her.

Aditya comes to his room and hugs sleeping Imlie thinking that she is Malini.

At the same time, Malini comes there and makes fun of Aditya for misunderstanding while Aditya berates Imlie and orders her to get out.

Imlie thinks why she is feeling giddy after Aditya touching her and acts weird.

© Copyright tellybest.com, 2020, 2021. All Rights Reserved. Unauthorized use and/or duplication of any material from tellybest.com without written permission is strictly prohibited.
Cached Saved on: Thursday 28th of January 2021 02:38:31 PM