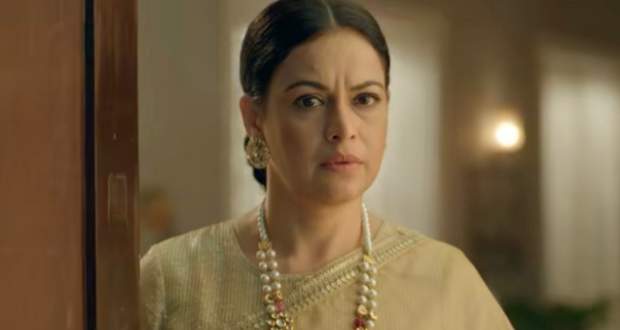 Today's Imli 6 July 2021 episode starts with Aditya asking Imlie if she is thinking about Malini and once again suggesting to reveal their relationship to the family.

Meanwhile, KC drops Malini at Chaturvedi's house where Anu eavesdrops on their conversation and finds out about Imlie and Aditya.

The next morning, Imlie talks to Mithi while Dev knocks on their door.

Satyakaam threatens to kill him but Dev manages to convince him to let him meet Imlie.

Dev apologizes to Imlie and gives her his property Will which includes her and Malini.

However, Imlie takes the document and rips it into spreads while saying that she doesn't need his name or money.

Dev pleads with her to keep relation with him like the old Imlie did but she refuses saying that she cannot see him in the same light finding out how much Mithi suffered because of it.

Satyakaam tells Imlie to forgive Dev and makes her go to college with him which makes Dev happy.

Dev tries to make small talk with Imlie as they reach her college when suddenly they get surrounded by media reporters.

Anu comes there and asks Imlie if she is having an affair with the famous journalist Aditya Tripathi.

Upcoming Imli episode update: Imlie gets mocked by the public.

© Copyright tellybest.com, 2020, 2021. All Rights Reserved. Unauthorized use and/or duplication of any material from tellybest.com without written permission is strictly prohibited.
Cached Saved on: Friday 21st of January 2022 05:27:22 PM