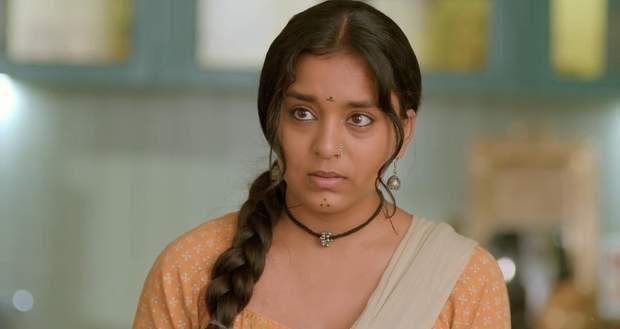 Today's Imli 7 January 2021 episode starts with Imlie telling Harish to teach her but refuses and says that he will teach her some other time.

Elsewhere, Malini tells Aditya to do something romantic if he wants her to enter their room but he playfully refuses.

He picks her up in his arms and takes her to his room while Imlie sees them and gets upset.

Imlie is studying while Malini comes there and tells her that if she wants to study further, she can get her admitted into the college she works at.

Malini tells about to Aditya and he replies that she can get admission into college but they don't know when Imlie will go back to Pagdandiya.

Imlie agrees with him declines going to college and leaves.

Later, Malini and Aditya are about to leave for her Pagphera while Malini says that Imlie is coming with them to study the books she has.

They enter Malini's room and greet Anu and Dev while Malini wonders where is Imlie.

Malibu offers to give her ice pack but Anu taunts her and says that it is luxury for Imlie.

Anu tells them that it is time for dinner while Imlie rides around the house on a suitcase.

Imlie takes the Dal to outside but accidentally spills it on Anu who starts insulting her.

Malini takes Imlie's side and tells her that she doesn't have to clean it.

However, Imlie still cleans the table.